An Intro – Natural Roof Slates From Around The World: Ashbrook Roofing 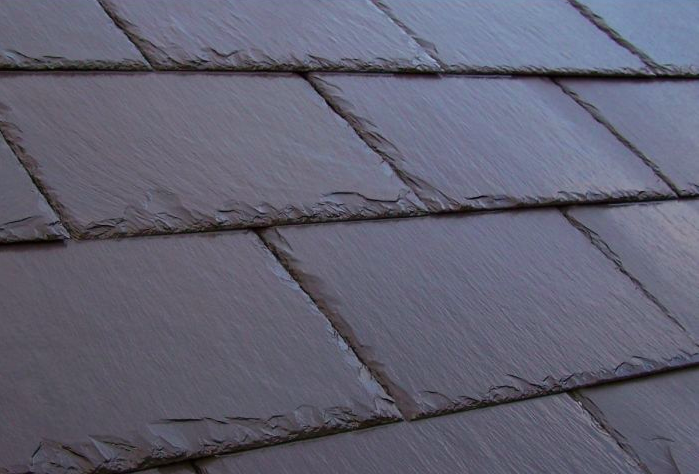 Many of us already know that slate has been quarried from Wales and Spain for many hundreds of years.  Fewer of us realise that slate can successfully be sourced from China, Brazil and Canada too.

Negotiating your way around the bewildering varieties of slate from these different countries can be complex and time-consuming. Our ‘quick guide’ is designed to cut through some of the myths about natural roof slates, and help you hone in on a range of suitable slate for your particular project.

The first thing to remember is that no one country produces either 100% good or 100% bad slate – you will always find a range of quality (both good and not so good) wherever you look. Natural roof slate is an incredibly variable raw material that is simply not regulated by the territorial boundaries imposed by man. It is in our experience that even slate from different sections of a quarry, or a region within a country, can vary massively in quality and colour.

Whilst the above is true, slate from differing countries does seem to exhibit some general tendencies:

English slate – now restricted to Westmorland and Burlington slate, both of which have been quarried from within the Lake District since the 17th century.

For new Westmorland, expect to pay around £200 per square meter, for reclaimed this price drops to around £40! Because of the complexities in installing this prestige roofing material, always make room in your budget for using experienced roofers who have worked with it in the past.

Traditional stone slate that is paler in colour (and with a slightly shorter life expectancy) is also available new from several quarries within the UK. However much of the roofing work undertaken in stone slate is now made using reclaimed stone.

Welsh slate is considered by many as the best natural slate in the world. Welsh slate is available in either heather (purple) or blue-grey.

Penrhyn slate has a beautiful soft blue/purple appearance and can be expected to last more than 100 years. In comparison to other natural slate products, it is easy to work with and requires very little maintenance. New Penrhyn slate can be pricey – it is often found cheapest at specialist roofing supplies. You may also wish to consider visiting architectural reclamation companies, as much is available second hand.

Following the closure of the Ffestiniog quarry in 2009, Welsh blue-grey slates is much harder, though not impossible to source. Currently, small amounts of slate are available from Cwt-Y-Bugail – again a specialist roofing supplier should be able to help.

Due to its quality and desirability, Welsh slate attracts a price range of anywhere between £40 and £80 per square meter.

Spain is one of the largest producers of the world’s roofing slate (the Cupa Slate company alone is said to produce almost one-quarter of the roofing slate used in the western world). Spanish slate is easy to source but be warned – the quality of Spanish slate varies massively.

At one end of the market, Benuza Blue Heavy is comparable in quality and appearance to a blue-grey Welsh slate (it is even approved for use in many of our National Parks). At the cheaper end of the market, Spanish slate can be beset with reactive (rusting) metallic inclusions and warping, and have a significantly lower life expectancy.

Chinese slate is readily available and can at first appear to offer a budget solution. From a quality perspective, slates of reasonable quality and life expectancy can be found if you look hard enough (but unlikely at a low cost). Chinese slate rarely, if ever, attains the high quality of an average Spanish slate.

Many of the Chinese slates also suffer from colour loss – if you want your slates to retain their colour specify this to your supplier. Due to its brittle nature, Chinese slate can be slightly harder to work with.

Much of Brazilian slate is produced from mudrock (where the rock is sedimentary rather than metamorphic rock that characterises European and Chinese slate). To gain the necessary strength desirable in roofing slates, Brazilian slate is cut thickly and tends to have a very pronounced riven texture.

Whilst offering the user a cheap slate, it is difficult to work with (normally requiring the use of angle grinders to cut). Because they are produced from mudrock, roofs made from Brazilian slate are currently not permitted by the National House Builders Council (NHBC).

Much of the slates available to us from Canada is of a high to very high quality. Due to their quality and colouring, they are often used as a direct replacement to Welsh slate. Until recently, Canadian slate was readily available in blue-grey, heather purple and subtle green. The closure of key quarries has however limited availability to the blue-grey varieties.

Canadian slate can be sourced at around £36.00 per square meter – cheaper than a Welsh slate but more expensive than a similar quality high-grade Spanish slate.